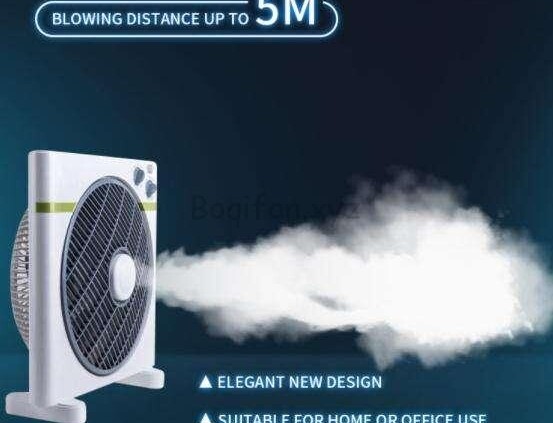 During the hot summer and periods of heat, a box fan is the best option to ventilate the living room, bedroom, and other spaces. It not only could cool down any room in your house efficiently but also improve the indoor airflow. But how efficient is the box fan? Each box fan is designed for different purposes, with multiple modes of blowing wind. Today, I will cover the topic of the efficiency of the box fan.

How Many Watts Does a Box Fan Use Per Hour?

Generally, the common box fans in the market consume between 50 to 100 watts of power. The mini box fans consume about 27W per hour, while the larger one could consume over 100 watts per hour. On average, a typical box fan consumes about 75 watts per hour when they are running at full speed.

You may wonder why the consumption of watt range is so wide? It is because a variety of box fans are varied in wattage in the market. Under the condition of the same speed mode, the large box fan consumes more wattage than the small box fans.

How Many Watts Does a Box Fan Use on High? 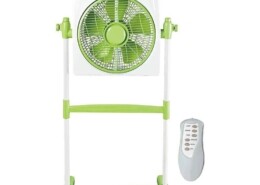 How Many Watts Does a 20-inch Box Fan Use?

How Many Watts Does a 10-inch Box Fan Use?

The 7-10 inch box fans are a type of portable box fan, is most commonly used for personal cooling devices. This size(smaller or equal to 10 inches) of the box fans is usually placed on the desk. The wattage of 7 to 10-inch box fans is about 20-30 watts at full speed.

Generally speaking, the box fan does not use a significant amount of power. But, you need to know that the consumed watts have a positive correlation with the energy cost. Therefore, the higher watts the electronic fan draws, the higher the energy cost of running. Therefore, if you want to save money, you could purchase a low-wattage box fan or an energy-efficient box fan.

How to Reduce Your Box Fan Running Costs

As you see, the higher speed the box fan runs, the higher wattage it cost. Therefore, you could lower the speed mode of the fan to lower your electricity cost.

The above data is for reference only. When you want to know the actual wattage of your devices, you could check its label which is placed on the backside of the bottom of the fans. Also, you could read the product instruction given by the box fan manufacturer.
December 28, 2021/by fsboqi@gmail.com
https://www.fsboqi.com.cn/wp-content/uploads/2021/12/How-Many-Watts-Does-it-Use.jpeg 495 553 fsboqi@gmail.com https://www.fsboqi.com.cn/wp-content/uploads/2021/12/BowinLOGO.png fsboqi@gmail.com2021-12-28 01:29:522021-12-30 08:26:47Box Fan Wattage Guide: How Many Watts Does it Use
Home Improvement Advice That You Should FollowThe job portal online, The book
Scroll to top